“There are many other beautiful café racers that already exist, but this one was built to put those in its shadow.”

When I first read the email from Belgium workshop ‘Oldscool Mechanics’ that brash statement left me feeling a little apprehensive. As I read on however I started to understand where the confidence behind that statement came from. This was no ordinary build. Rather than following the classic cafe racer recipe these guys had started out with something a bit left of field, instantly making it unique. They’d also used their experience in racing to fabricate parts that you won’t find on any other bike, parts that were put together for the express purpose of making the bike better. Finally, and most importantly they’re proud of what they’ve done, and while it’s easy to start naming other bikes to compare this one to I have to admire a man (or men) who is proud of his own work.

The man who formulated the build was a Belgian by the name of Bernard. Bernard’s love for classic British motorcycles spanned back to his childhood. Watching his father work on his Norton Commando and Trident T150 he learnt the intricacies of English mechanics. So years later, when the time came to put his cafe racer project together he wanted to create something unique. His Dad’s old Trident triple came to mind so he sourced himself a 1975 example. To put his vision together he was going to need a few extra, highly skilled hands, so he enlisted the help of Ivan from ‘Oldscool Mechanics’ in Antwerp.

Bernard was attracted to the workshop of Oldscool Mechanics because he’d seen them participating in classic races. With experience racing competitively around Belgium, the Netherlands, France, the UK and Ireland he was pretty sure if he wanted a bike that would really perform, these were the guys to build it. After stripping the bike down to leave on the engine and front forks they headed to England to see Triumph tuning expert Dave Degens at Dresda Autos. After an in-depth discussion on goals and outcomes Dave started work on a unique custom frame to house the Trident motor and to match Bernard’s own physique.

With the use of a custom frame came a lot of unique challenges that needed to be overcome. The best position of the foot pegs was established for both road and track use, a custom exhaust that worked with the frame geometry was designed and a new oil cooling system devised. A lot of special parts were also ordered to improve other aspects of the bikes performance and handling like the large twin front brake disks, classic race approved AP Racing brake callipers, AP racing front and rear masters cylinders and Tommaselli clip-on handlebars.

“A café racer has to be fast and even faster than the original” says Bernard. “So an upgrade for the engine would be the answer to this problem.” Ivan accepted that challenge and was responsible for the final tune of the Trident. To get the power and speed they wanted Ivan installed an oversized Nova Racing cylinder good for 860cc and mounted a trio of Amal MKII carburettors to ensure each cylinder was sufficiently fed.

As Bernard explains it, the build of the Trident “…took a lot a sweat, swearing and time, but the result is astonishing!” By all accounts the Trident handles and rides exactly how it should and has more than enough grunt to challenge modern contenders on the track. Best of all it’s as true to the cafe racer style of building as the original ton up bikes built in the fifties. Does it leave them in it’s shadows? Maybe not, but it’s certainly worthy of a place beside them. 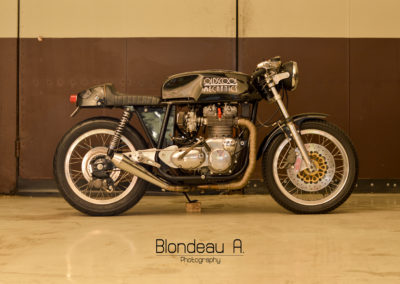 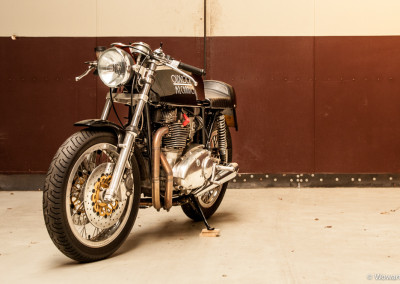 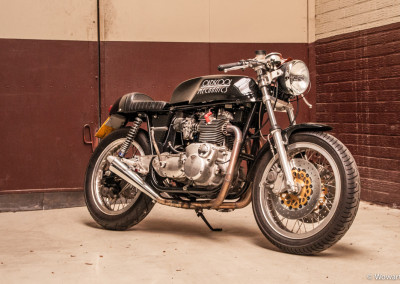 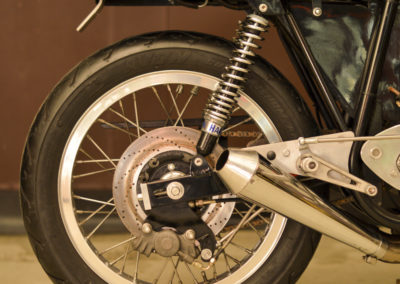 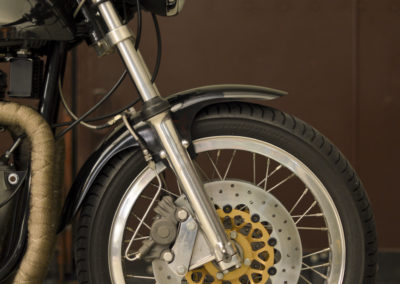 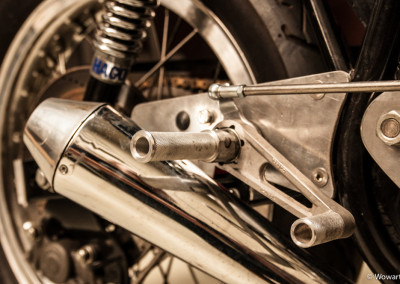 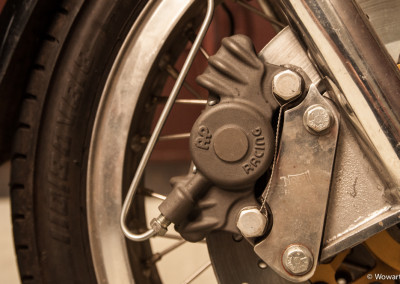 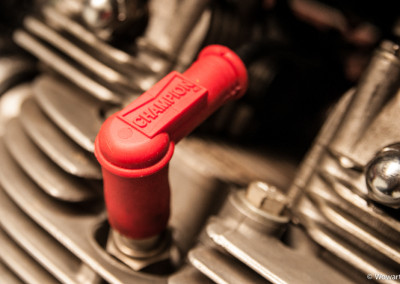 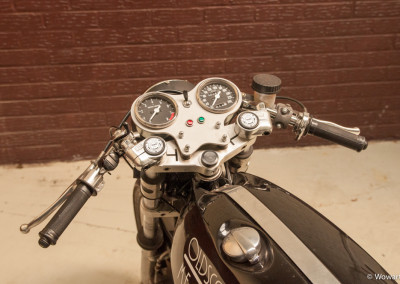 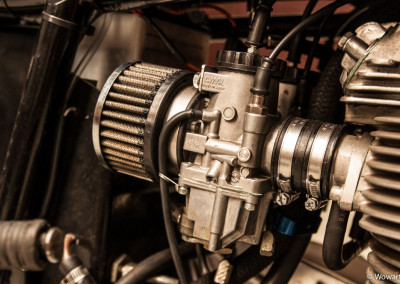 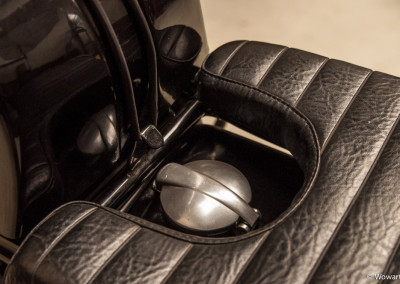 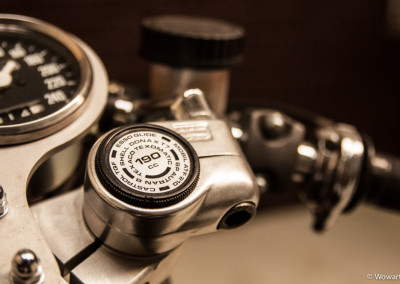 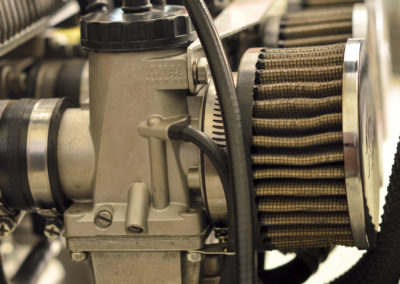 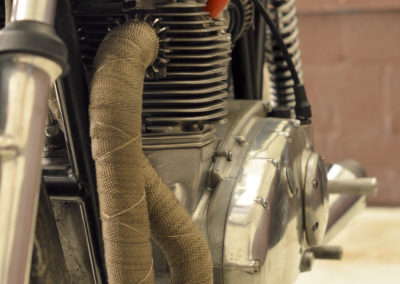